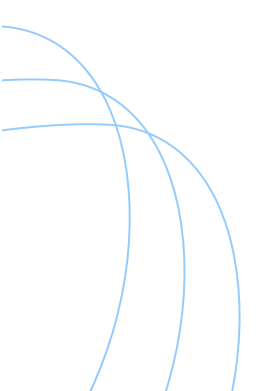 Yesterday’s announcement by Health Canada—that the blood donor deferral policies for men who have sex with men would be replaced with a gender-neutral, risk-based model—saw many headlines celebrating the end of this long-held homophobic policy. Queer community members have been fighting for the repeal of this policy for over 15 years, so it is understandable that people would be excited about this news.

The best way to understand this change is through its impact.

From what we can gather, this means that men who have sex with men who are either in a monogamous relationship or who have had sex other than anally will be able to donate blood. That is, as long as they are not taking PrEP and haven’t for at least four months. And as long as their partner doesn’t have HIV (even if they are on treatment and undetectable).

Notably, the current deferral policies ignore the advancements in HIV diagnosis, treatment, and prevention over the last 20 years. The proposed rules actively ignore the effectiveness of condoms to prevent sexually-transmitted pathogens and Pre-Exposure Prophylaxis (PrEP) in preventing HIV transmission.
Overall, the way that sex shows up in the donor screening questionnaire is outdated and problematic. And in many ways, these questions reflect the biases of researchers and reviewers. It is clear in the other questions of the screening survey that sex is assumed to mean penetrative, but this is not always how it is interpreted by front-line staff. Often, front-line staff will explain that “sex” means any type of sexual activity—including oral sex or mutual masturbation.
And so this results in the donor screening process being framed as science-based, but in reality it is fraught with stigma and bias.

Take, for example, the question on sex with a partner who has HIV. It has been known scientifically since the release of the Swiss Statement in 2008 that someone living with HIV who is on treatment and has reached an undetectable viral load cannot pass on HIV via sex. And yet, the policy still includes a 12-month deferral for anyone who has had sex with someone living with HIV, regardless of their viral load. There is no consideration here for the type of sex, for the viral load or health of the people involved, or for the other ways that someone might prevent HIV transmission when they have sex.

All things considered, yesterday’s announcement is better than no movement at all. We look forward to both Health Canada and Canadian Blood Services announcing their plans for ensuring the blood donor screening questionnaire is fully based in the most current scientific research and completely removing stigma and bias from our national blood donation system.

The availability of Imvamune, the vaccine being administered for the current MPX (monkeypox / mpox) outbreak, will vary depending on where you live. In Ontario, for example, each local public health unit is responsible for administering the vaccine and will have different processes—like booking appointments or doing walk-ins. Sign up below to be notified when the second […]

MPX: What We Know

Syphilis rates are up! up! up! But access to testing and treatment is down across the province. A lack of sexual health services leaves our community at risk. Let the Minister of Health know that we need action now